Salcombe Gin announced as sponsor of the RS Regatta in Brittany

Salcombe Gin announced as sponsor of the RS Regatta in Brittany

We all know that there is nothing better after a thrilling day’s racing on the water than a perfectly mixed gin & tonic sundowner whilst looking out to sea, and thus a perfect partnership has formed.

Salcombe Distilling Co.’s multi-award-winning Salcombe Gin and New London Light 0% spirits and aperitifs are crafted at their waterside distillery on Island Street in Salcombe at one of the world’s only distilleries directly accessible by boat.  Every drop of the liquid is created with an uncompromised approach to quality using only the finest citrus fruits and spices.

Inspired by the town’s coastal vitality and shipbuilding heritage, their collection of Salcombe Gin draws influence from the 19th century Salcombe Fruit Schooners built in Salcombe and neighbouring Kingsbridge, these hand-built ships were small and fast to carry the highly perishable cargo of fresh fruits and spices from around the world to England’s ports. Harnessing the essence of these ships’ precious cargo and their exotic trading routes, each of their gins are led by flavour and inspired by history.  Led by Salcombe Distilling Co.’s strong association with the sea and adventure, their collection of New London Light 0% spirits and aperitifs takes inspiration from coastal locations around the world, which so far includes the Mediterranean and Nordic seas.

The RS800 European Championships and RS Eurocup takes place at YC Carnac, Brittany on 3-6 June, over the Queen’s Jubilee weekend.

With sailors keen to get back to international competition after lockdowns, the event is proving very popular and we know that our friends at YC Carnac will give us a fabulous event, as ever.

RS Class Association Chair, Pete Vincent said “Salcombe Gin was created by two former dinghy sailors, inspired by the fastest small sailing boats of the 19th century bringing exotic fruit to England; our RS Sailing Dinghies are the 21st century equivalent, bringing the thrill of dinghy racing to sailors of all ages and backgrounds.  We are very delighted indeed to announce this sponsorship.” 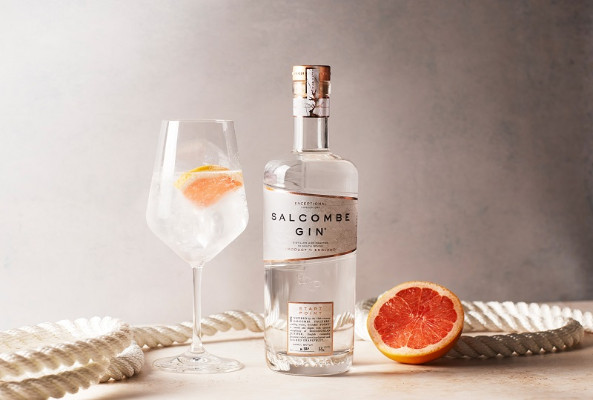